Collages based on digital imaging techniques

Solid States is a series of collages based on digital imaging techniques. They stage a porous interplay between interior and exterior environments – their historical/political connotations, their architectural structure, concept, form and function and their level of ‘naturalness’ or artificiality. Orange and Gray feature a huge mountain range embedded into an interior space. Orange stages the hills of Madeira (an island colonised by Portugal) within the Amsterdam Museum based in a former city orphanage building. Gray features the Zugspitze mountain top (the highest peak of Germany) within the interior of the Vienna Art Foundation exhibition space, a former horse stable. The Solid States series proposes complex systems and paradoxical relations between organic and built environments distilled to one still image. 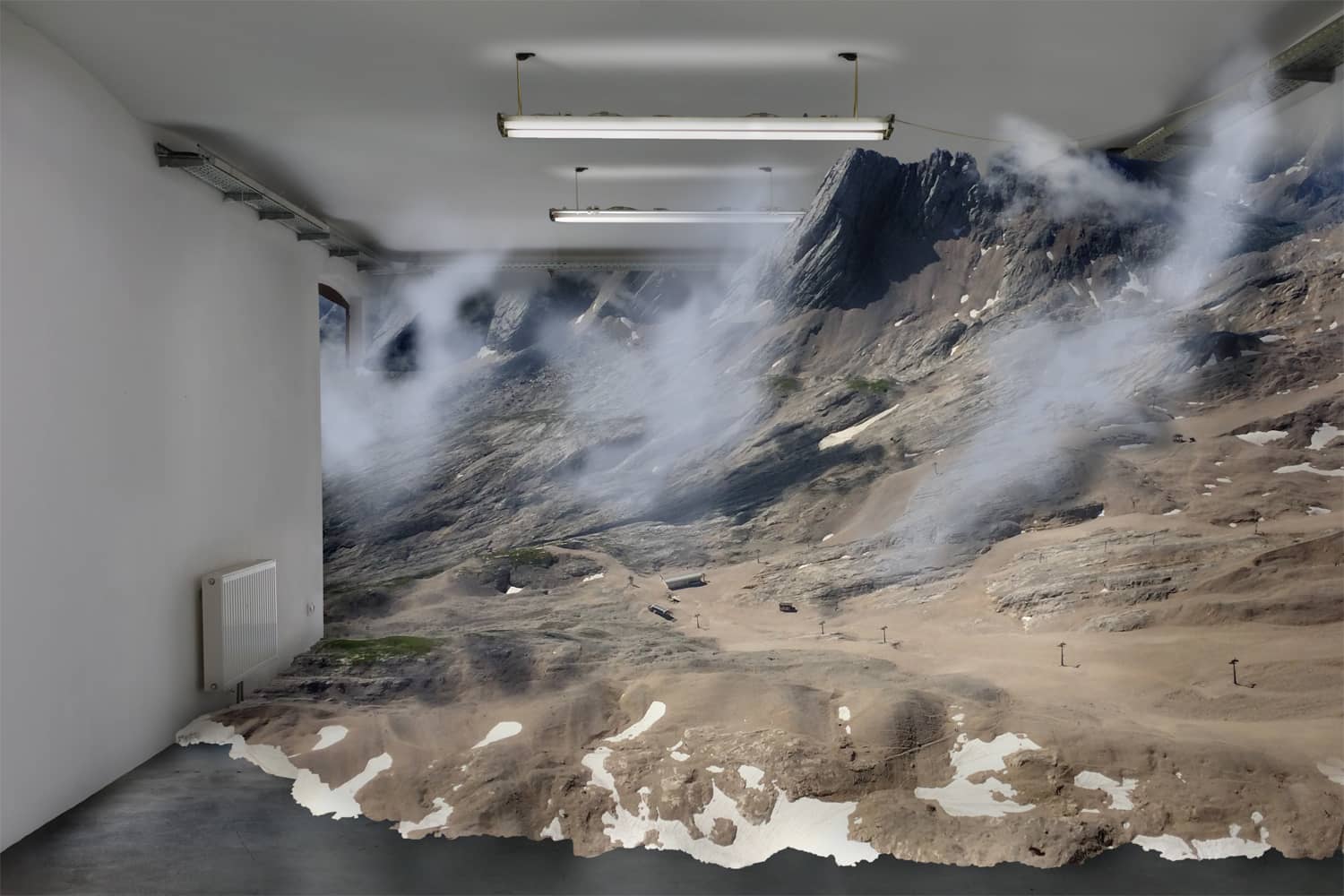 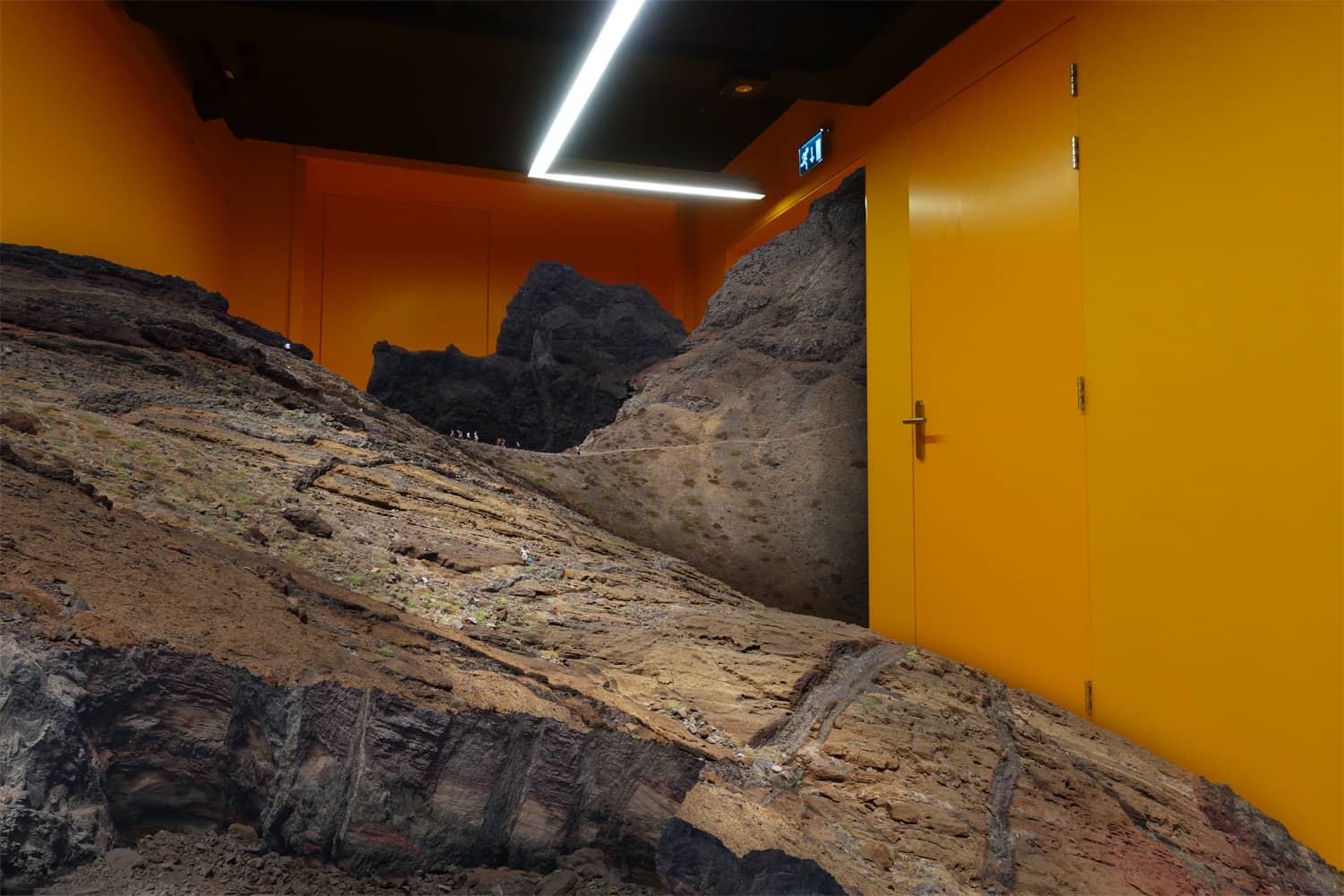